Hobbs is also in demand as a recording session artist and has played bass and tenor trombone on over a thousand recordings. Some of his highlights include recording with Garth Brooks, Faith Hill, Ben Folds, Wynona Judd, Alan Jackson, The Nashville Symphony, and many others. Hobbs has also played on many movie soundtracks, including the Last Witch Hunter and Hoodwinked, and video games such as Halo, Madden Football and Star Wars: (Jedi: Fallen Order, Squadrons, Knights of the Fallen Empire). He is listed on the AMG website with close to fifty credits to his name.

Hobbs’ first teacher was his father, David Hobbs, who at the beginnings of his musical path started him down the road to success with his vast knowledge of music and his wonderful ability to teach. He later continued his studies with Larry Campbell at L.S.U. and Dan Drill at the University of Alabama. Both of these fine teachers helped him to become the musician he is today. 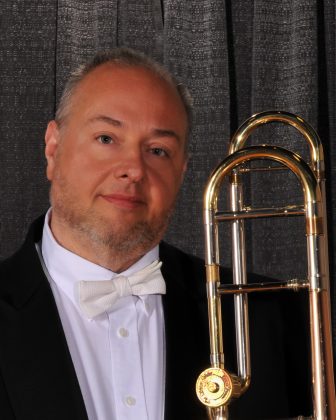